Domburg, a seaside resort with allure 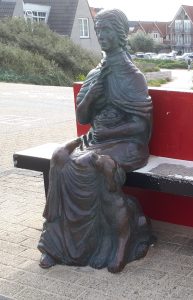 Domburg is the oldest and one of the famous seaside resorts of Zeeland.
To find the origin of Domburg, which obtained city rights around 1223, we have to look back to the 9th century. Around this time a fortress was built to defend against attacks of the Normans. Prior to that, in Roman time, there had also been a temple to honour the goddess of Nehalennia. This goddess was seen as a patroness of traders and sailors and was often depicted with a dog and fruit, which were signs of prosperity and fertility.
After the 7th century, the temple was buried by sand and eventually around the 17th century it was found again. To this day a statue of Nehalennia sits on the Mondriaanbench, watching over the dunes and the sea.

In the course of the 19th century Domburg developed into a fashionable seaside resort.
It mainly attracted noble bathers from all over Europe. There were also several painters who came to Domburg for the particular light, think of Jan Toorop and Piet Mondriaan just to name a few. Also the famous physician Dr. Mezger (founder of contemporary physiotherapy) had a villa in Domburg which attracted many aristocratic visitors. 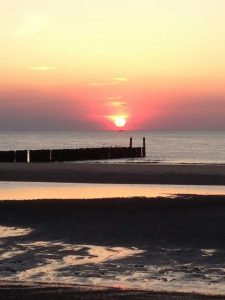 From the holiday house it is only a 250m. walk to the center of Domburg, which has many restaurants, terraces and cafes. Throughout the year there are also several activities, such as a tourist market on Monday, several farmers markets, the typical Zeeland “ringrijden”, Jazz festival and more.

The wide and clean beach of Domburg together with its groynes and beach huts is only a 500m. walk from the holiday home. On the beach there are several public showers and restrooms available. In high season the beach is easily accessible via ramps and is guarded. It is also possible to rent beach chairs, sun beds umbrellas and windshields from the life guards. For a snack or drink, you can relax in one of the various beach bars.

Domburg isn’t only known for its beautiful beaches, the forest and dune region are also one of the crowd pullers. Think of the “De Manteling van Walcheren “ for example. De Manteling is also quite special because nowhere else in Europe deciduous trees grow that close to the coast. When standing on the dunes you can see how the wind changed the landscape and the trees, causing them to grow crooked. At De Manteling you’ll find several outposts and estates, such as Kasteel Westhove. De Manteling is ideal for hiking and cycling tours. 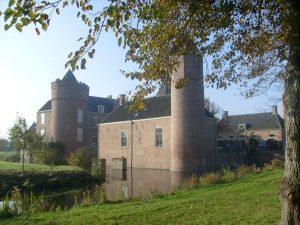 There are many typical villages and some historical cities near Domburg, such as Middelburg, Veere, Zoutelande, Westkapelle, Dishoek, Oostkapelle etcetera. The villages of Walcheren are easy to reach on bike, since there are many good bike paths.

In the vicinity of Domburg there are several attractions, such as:

And many more. In short; Domburg and it’s surrounding areas are a great place to be. 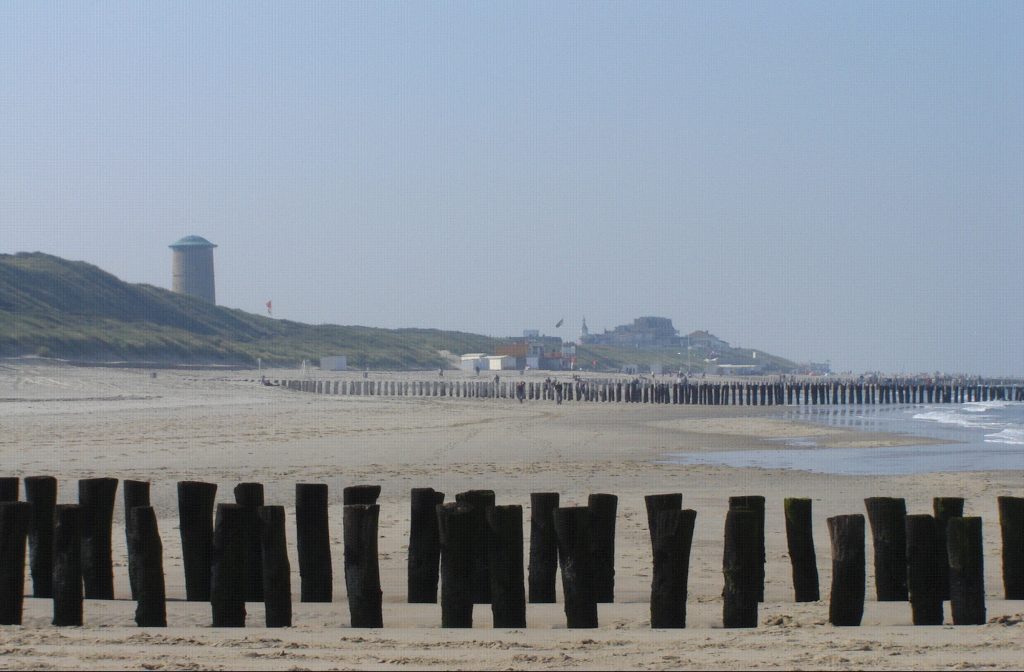 We are Family van de Schraaf. We rent out a nice holiday home in Domburg, 500 meters from the beach and edge of the lively centre of Domburg. Info or booking Contact us!